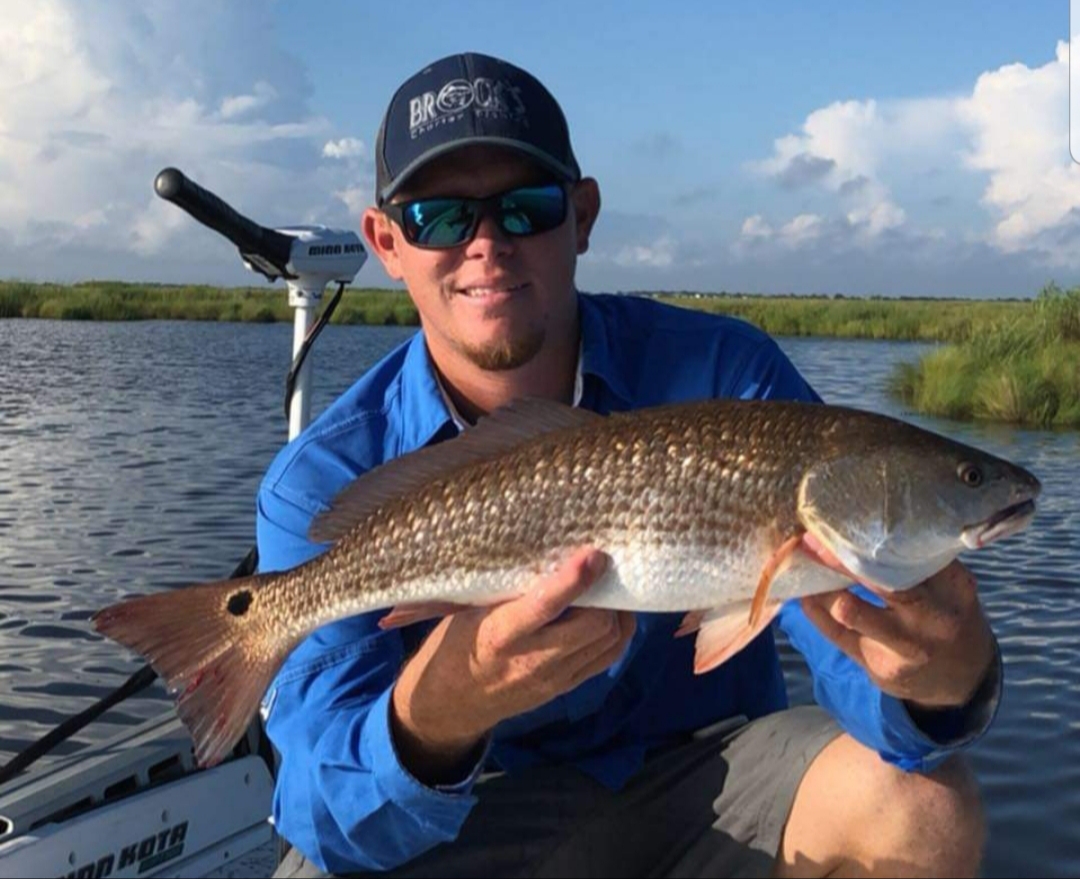 Captain Chris Ledet was born and raised in Marrero LA. Born into a fishing family, Chris can’t really ever remember a time when fishing wasn’t a part of his life. In addition to sport fishing for redfish and speckled trout, Chris also cut his teeth doing commercial fishing activities with his family. They worked on big boats fishing for crabs and shrimp in the rich bayou waters of Lafitte, LA.

Chris can remember days in Empire, LA when limits of speckled trout were the norm. He looks back on those days with a deep fondness and this feeling is ultimately what drove him to be a charter captain. He wants to recreate his early experiences on the water for his customers. He loves to see a new group of customers arrive who don’t know what to expect only to fall in love with Louisiana marsh by the end of their trip.

Captain Chris has been guiding for 3 years now. He prides himself on his hospitality and sharing his passion for fishing with his clients helps keep him fresh and ready for a new day here at Louisiana Fishing Charters.

Chris’ favorite thing about being a guide is having a group of first timers who he can give an awesome experience that they will never forget. Not to be mistaken though, he equally loves having our return customers on board so they can laugh and cut up together as they build a client-guide relationship.

Captain Chris love his to put his clients on speckled trout when conditions are right. His favorite times for this are late fall and early spring. When the trout are not biting, he has no problem switching over to redfish. He is always ready to put his lifetime of knowledge to use to find fish for his clients.

Don’t wait another minute, book with Louisiana Fishing Charters now and see what fishing with Captain Chris is all about. 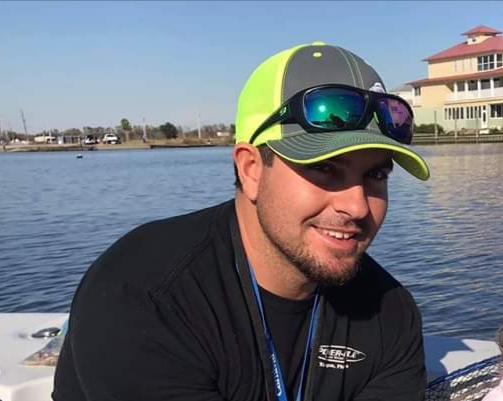 Captain Austin Plaisance was born in Gretna, LA and has never strayed far from home. In fact, he actually caught his first fish in Delacroix at the age of only three years old- a largemouth bass with his father. Since then, Delacroix has held a sepcial place in Austin’s heart and that’s why he chose to be a professional fishing guide there.

As a growing boy, Captain Austin honed his fishing skills with his father as they participated in bass tournaments across Southern Louisiana. He quickly took to the challenging aspects of catching largemouth bass on a regular basis.

As a teenager Austin decided to take his tournament game to the next level as he competed in mid-level BASS circuits. It was during this time that Austin learned a lot about seasonal fish patterns as well as bait choices, water quality, and tide movement.

Ultimately, Louisiana’s robust inshore fishery pulled him in. The mighty redfish and it’s pound for pound fighting power hooked Captain Austin and by the age of 18 he was working as a Charter Captain.

His favorite part about guiding with Louisiana Fishing Charters is watching his clients fight big redfish. Also, the bass fisherman in him loves the challenge of finding fish every day and putting his clients where they need to be to succeed.

In his spare time Captain Austin operates Barataria Bait and Tackle in Marrero, LA. While the tackle shop doesn’t produce a pile of money, he loves having it as an opportunity to constantly talk to people about fishing and to have first access to the latest baits and gear.

Captain Austin is always prepped and ready to take our clients on the trip of a lifetime. He spends over 200 days a year on the water and can help guide you through the fish smashing adventures on your trip. 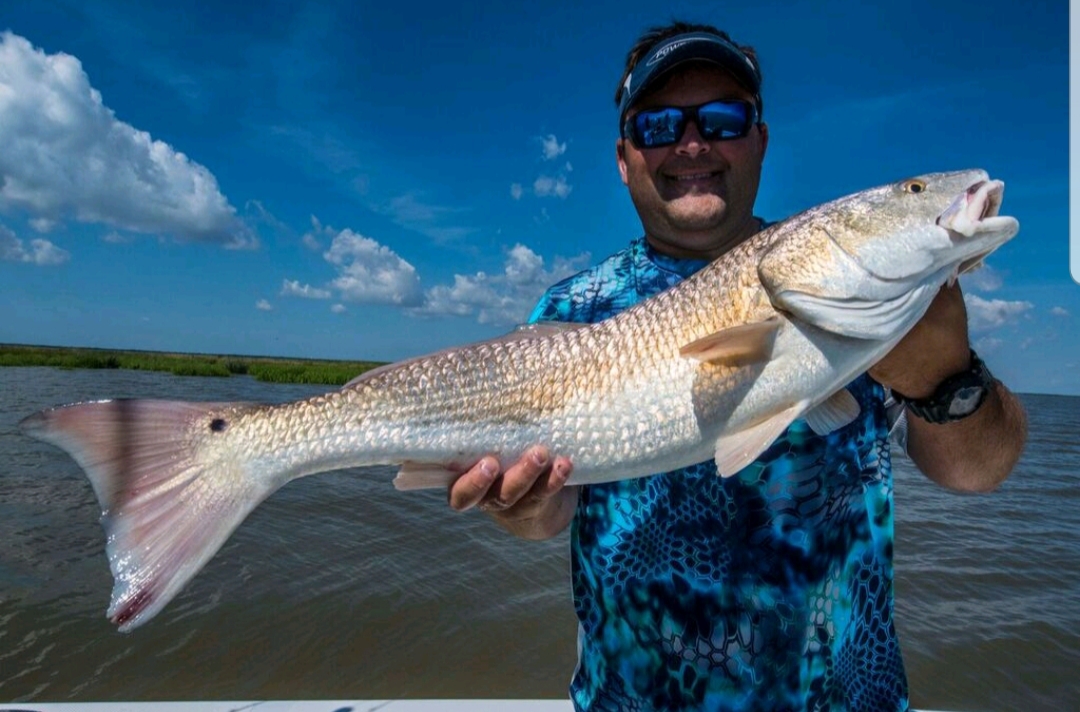 Capt Corey Gradwohl born and raised in Metairie La. As a young boy, Capt Corey learned a lot about the abundance of fish and wildlife in the marshes of Southeast Louisiana. His Dad took him to a buddy’s camp in Ostrica, LA where they would hunt and fish all around the Breton Sound Basin.

Staying at a camp with their friends was more than a hobby for Corey and his Father-it was a lifestyle.  An abundance of speckled trout, redfish, and bass could be found not far away. The camaraderie of having a group of guys together enjoying the outdoors is something Corey would never forget and is a big part of what drove him to be a charter captain. He enjoys the same good times with his clients on his charter trips.

Beyond catching fish, Captain Corey just enjoys being out on the water. He love to be surrounded by nature. He loves seeing his clients never knowing what they might catch next.

In addition to working as a fishing guide, Captain Corey is also a firefighter in Jefferson Parish. He uses his experience as a firefighter on his days as a charter captain. He has learned through emergency situations that every day is different. You have to learn to study your conditions and adapt to them accordingly. He uses this mentality when finding fish for his customers on a daily basis.

Captain Corey fishes in a 24 foot Skeeter bay boat. He can take up to four clients at a time and fish them all comfortably. When our clients fish with Captain Corey he will use his knowledge to locate speckled trout and redfish. He loves the challenge of a new day and he will help guide you through your experience on the water.

Come on down on a trip with Louisiana Fishing Charters and see what fishing with Captain Corey is all about!