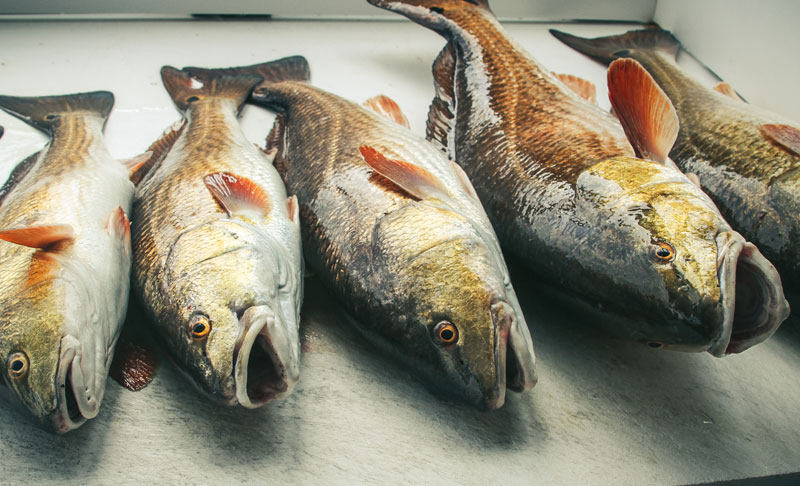 No one ever said fishing in the month of February is easy in Louisiana. In fact, that feeling goes way back to the times when Delacroix, LA was inhabited mostly by Spanish migrants called Los Isleños.

These people came to Louisiana from Spain in the late 1700’s. Little by little they settled at Delacroix and came to view it as an island. Delacroix is not exactly an island but it is surrounded by some of the most fertile waters in the entire United States. So, since they came from the Canary Islands and they lived at Delacroix “Island” they called themselves “Los Isleños” which in Spanish means “The Islanders”.

These hardworking people first made their living mostly as cattle farmers, but as the cattle farms were bought out by large sugar cane plantations who were capitalizing on the proximity to the port of New Orleans, the Canary Islanders moved further east to the bayous of Delcaroix. It was here they fought themselves to fish and trap for a living.

One of the ways they held on to their heritage was to sing songs in Spanish called decimas. One of the most well known decimas is about how hard it is to be a crab fisherman during the month of February.

February in Delacroix can be a month of extreme weather swings. For inshore fishing this means the tide can drop out severely in some of our favorite redfish ponds. The water temperature can also make big changes in a matter of a couple days sending speckled trout to deeper water. This is why it is imperative that we scout on our off days. The last thing we want to do is to not be able to react to a weather change during our charter trips. While we also take some time to enjoy the things going on in New Orleans this time of year- Mardi Gras, king cakes, and festivals - we know that it’s also a time that separates the boys from the men on the water.

The valuable information that we find on our scouting trips let’s us better pattern the fish and share those results with our customers here at Louisiana Fishing Charters. We take our work very seriously, and that work is the business of catching fish, so we are not afraid to spend plenty days on the water scouting for fish- especially in the month of February. 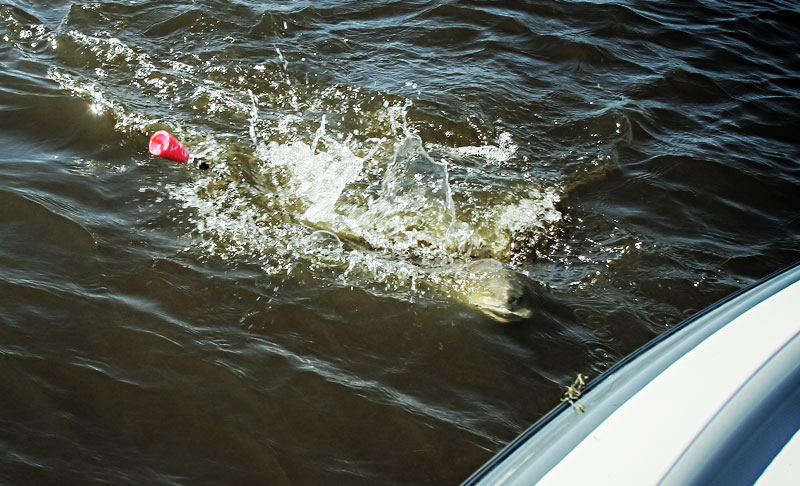 Lots of redfish are still biting here in Delacroix, LA. I guess the redfish are getting ready for Mardi Gras season too! 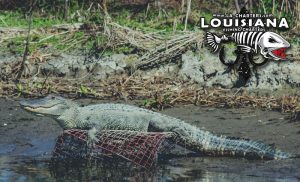 It’s always a magical season this time of year in New Orleans as the Mardi Gras parades kick off and backyard crawfish boils start popping up all over town. To top that all off it can be some of the most comfortable fishing days of the year. We will have many day stretches of temps in the 70’s due to our mild winters here in South Louisiana.

The early morning bite has not been much lately. The bite has been picking up later in the day as the water warms up. Because of all the dirty water in Delacroix right now I am using dead shrimp to attract fish. I find the dead shrimp emit more smell than the live shrimp do, so I am using the fish's sense of smell against him rather than his sense of sight. The water clarity has been too poor for fish to see very far.

If you're going to be heading to Delacroix anytime soon, try an afternoon if you can. The warm air temps and sunlight warm up the water and fish feed more actively during this time.

I recently had a fun charter with this couple. As usual the girl out fished the guy! She really had a knack for catching redfish. Charter fishing can be a great activity for married couples and a unique date to spice things up a bit.

After a full day of catching and a full cooler of redfish meat to take home, they left Delacroix in search of some fine New Orleans cuisine. Lucky for them I am a man of many tastes, so when you charter fish with me I can recommend a lot of good places to eat around town. Delacroix is just a short 30 minute drive from the French Quarter so you can finest cooking in all the world in the same day you experience our world class fishery. 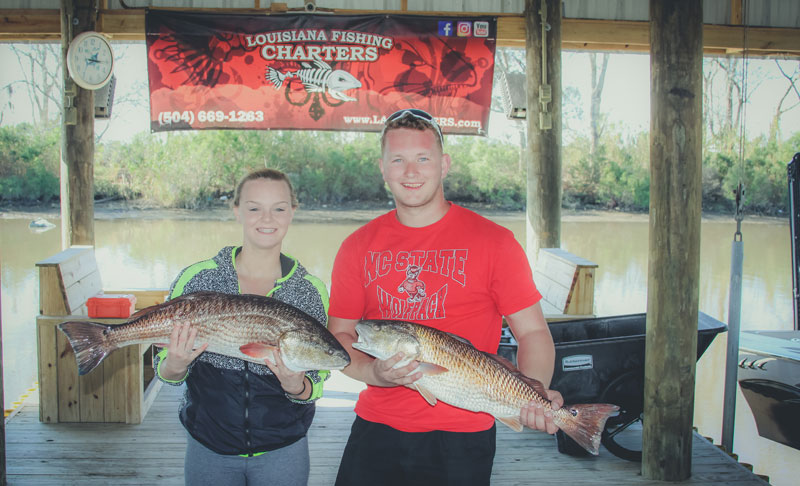 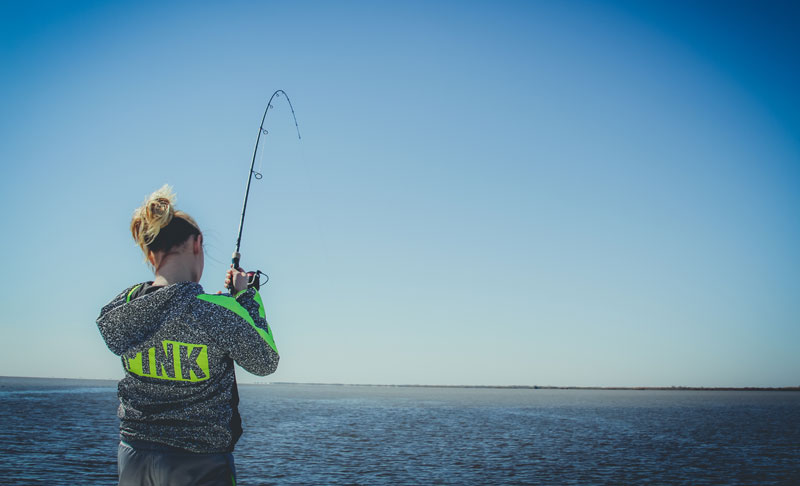 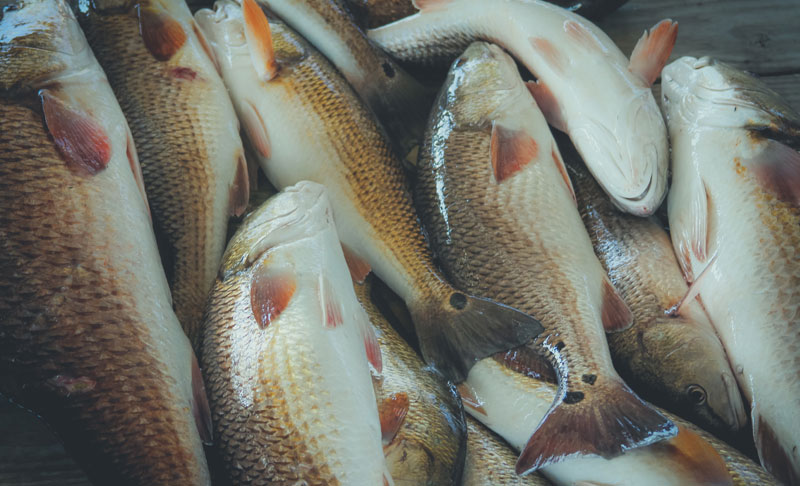