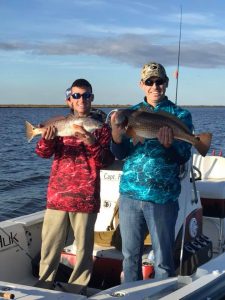 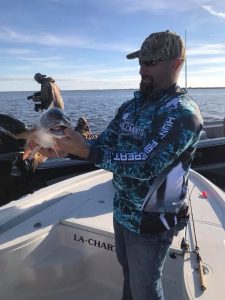 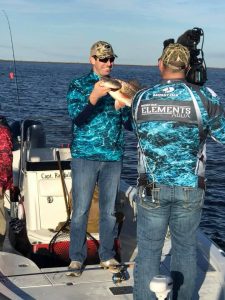 Louisiana Fishing Charters recently hosted our friends from Mossy Oak on a 2 day blast and cast adventure. I have fished charters with Mossy Oak’s VP of Media Productions, Kevin Tate in the past. This time though, Kevin came down to Delacroix to get some work done for Mossy Oak. Mossy Oak is releasing their new camo pattern “Elements” and Kevin wanted LFC to help them get some photos and videos of Elements.

This awesome new release is a family of patterns utilizing the three core elements of the natural world - earth, water and wind - at their most basic levels. Kevin brought down their Elements pattern “AGUA” as it is designed for spending time on the water. The goal was to collect photos and video that they could use on their website, social media, and also to film an episode for their new show Mossy Oak’s Country Roots that will air later this year. We had a blast and although the ducks were reluctant to cooperate, the fish showed up big.

“I didn’t know a better place on earth than with Randall Shaw to get the content we needed. He’s a guy who will put you on fish for every conceivable minute he can. We fished two days and caught a bunch of fish. Our rods were bent the whole time” Kevin Tate said of his trip with LFC.

They key to out success on this trip was paying attention to the water levels. It’s been a pretty cold winter so far with a good amount of cold fronts blowing through. That has dropped the water levels and we took the Mossy Oak crew to catch fish in the bigger lakes. The awesome thing was the fish kept getting bigger and bigger!

We are looking forward to helping Mossy Oak promote the new Elements pattern. It will be available printed on Huk breathable fishing shirts coming soon.